Using headlines pulled from actual newspapers as chapter headings in my new novel Finding Callidora wasn’t even my idea. It was suggested by a member of my writing group which was critiquing the novel in progress. But I liked the suggestion right away. Why not? I thought. The Alevizopoulos family is politically engaged and opinionated (much like my own family). And they are voracious newspaper readers, so using headlines to delineate chapter headings made sense. In addition, the headlines would be a shorthand way to move the reader through different time periods and provide a global backdrop to the everyday life of the family.

Finding Callidora begins at the end of World War I and spans 100 years of history. During that time, the four generations of the Alevizopoulos family scatter around the world, carrying the scars of a treacherous past and a perpetual longing to find a place where they belong. I needed to find relevant headlines, which would evoke both that substantial period of time and the circumstances of my characters, whose lives are buffeted by world events unfolding all around them.

When I came across a quote from the distinguished historian Henry Steele Commager about the free press. itrang true to me, summing up what I felt the headlines could convey in my novel: “This is what really happened, reported by a free press to a free people. It is the raw material of history; it is the story of our own times.”

More countless hours of research ensued. I contacted newspapers both in Greece and across North America. None responded. I wrote to the head librarian of the Gennadius Library in Athens, where I had done some of my earlier research, and she sent me Greek headlines of the periods of time covered in the novel. I also approached Steven Schwinghamer, historian at the Canadian Museum of Immigration at Pier 21, who was very helpful in securing more wonderful headlines.

Naturally, I also used my friend Google. I searched year by year for the one headline that would reflect the world of my characters. The research was frustrating and certainly time consuming. A day didn’t go by that I didn’t curse this undertaking, but in the end, I’m glad I did it (the research, not the cursing). The headlines I incorporated throughout my novel are all real, the raw material of history, supporting the story of each generation of the Alevizopoulos family and setting the stage to engage the reader in their journey.

Many of the headlines I came up with I couldn’t use because they didn’t fit the novel’s content, but some — Canada - A Refuge From Paradise and Can't Keep Out All Hoodlums— made me chuckle. But as I went through a century’s worth of headlines I was also struck by how much history repeats itself. As the refugee crisis developed at the end of the Greek-Turkish conflict, for example, a 1922 Toronto Star headline proclaimed Refugees From Thrace. This was followed a few months later by the Washington Post headline Millions Must Move. Despite the work that was done in the 20th century to resolve global refugee issues, an eerily familiar headline on a 2016 Reuters story announced Almost 40 Dead After Migrant Boat Sinks Off of Turkey. Over and over again, we see whole populations displaced by war, setting innocent citizens on a desperate search for a safe home. Those are the characters who live in my novel Finding Callidora. 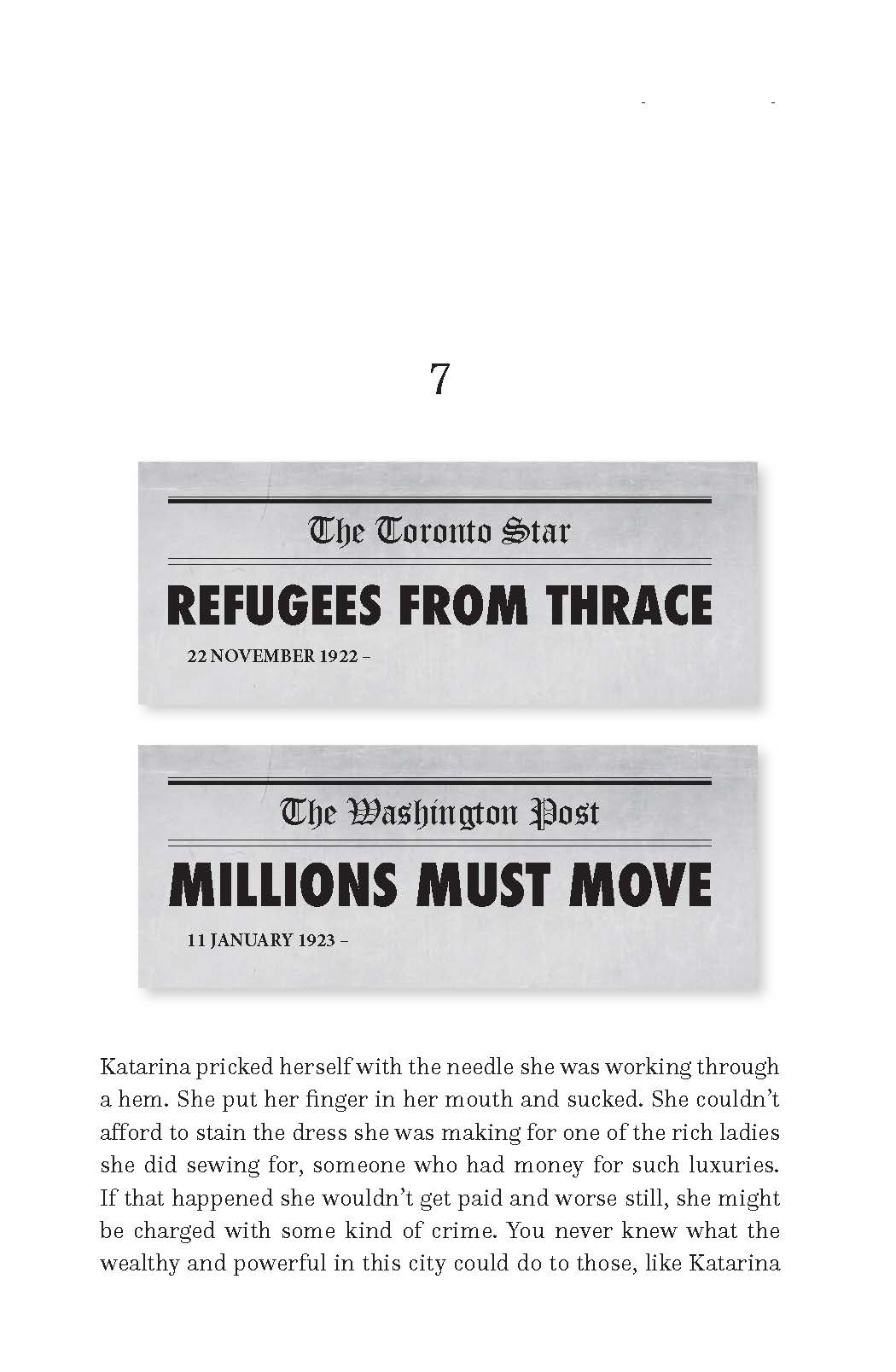 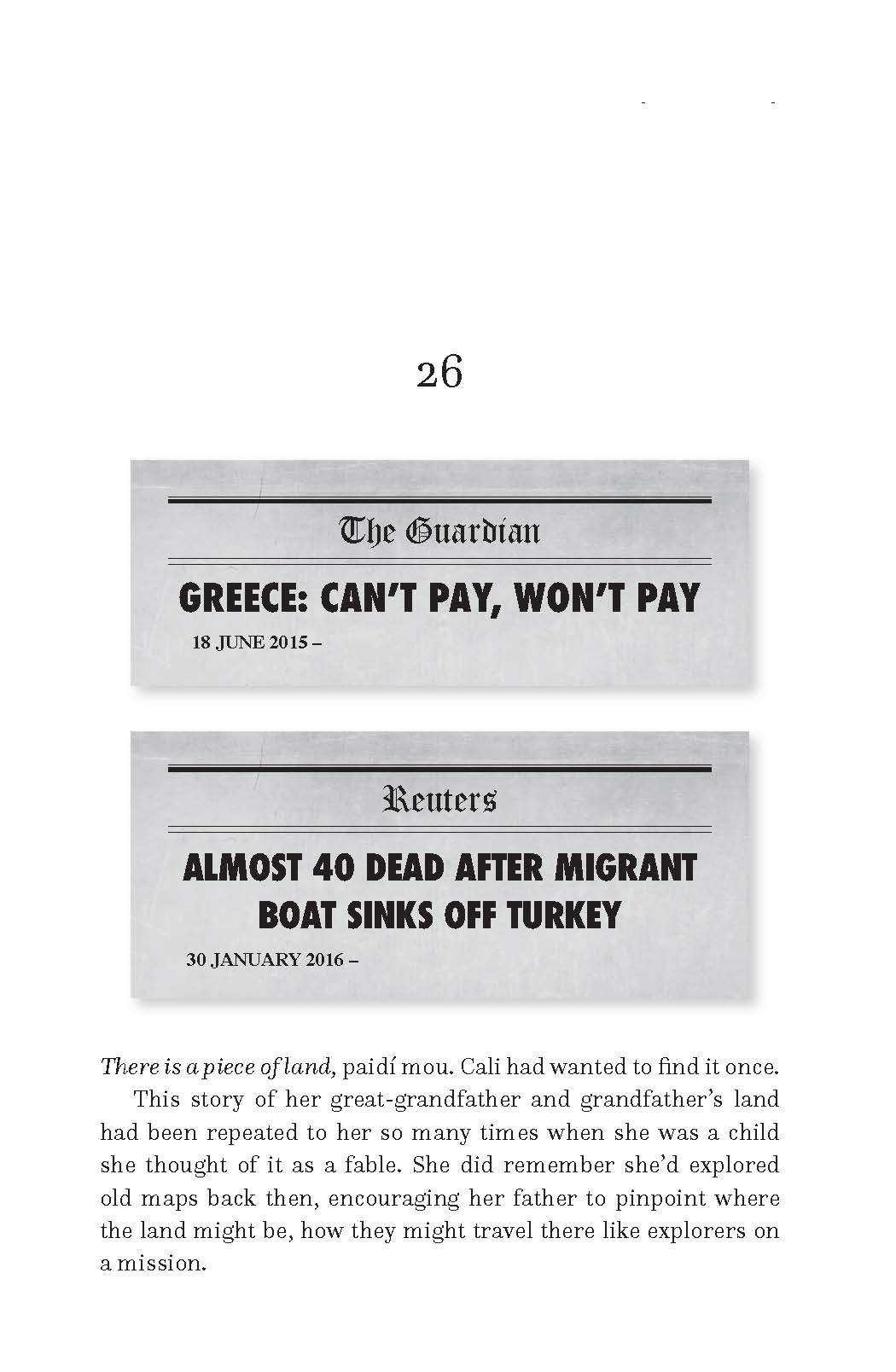